Alfa Romeo is a brand famous for its style, sophistication and unapologetically-Italian bloodline. Driving a well-maintained Alfa always feels like an occasion, but the 105-series Alfa carries an extra air of poise. Devoid of twentieth-century safety features, stepping into a 105 feels akin to stepping into a well-tailored suit. The figure-hugging bodywork clings to the chassis, hiding the legendary Alfa Romeo “Nord” Twin Cam power plant, and swinging open one of the pillarless doors offers a view of the tastefully styled interior.

The 105-series model family is based on a shortened Giulia saloon platform. Starting with it’s direct predecessor the earlier Giulietta 101-series, Alfa were one of the first manufacturers to stitch a relatively powerful engine into a lightweight unibody for mass production. And so the roots of the 105-series were already well-established, the point further driven home in 1972 with the introduction of the 2000 GTV - the Gran Turisomo Veloce - literally translated as “Fast grand tourer”. This particular cut of the 105 range is fitted with the largest Twin Cam engine, still producing a distinctive rasp along with spritely performance in a midsize car weighing 200kg less than a modern Mini.

This particular GTV started life in a Northampton dealership under the inquisitive eye of the current owner, who lusted after it daily from his workplace across the street. Until one day, it vanished. An opportunistic lady had made the purchase, and left the current owner consumed with regret. Luckily for him, the fit wasn’t quite right and the lady returned the car with buyer’s remorse. Not to be fooled twice, our lucky owner purchased the car the day it returned.

Excluding a handful of early miles, this is an extremely original one-owner car. The rear seats have rarely been used and the car still features the original eight-track stereo (granted, it now features a hidden FM radio and aux connectivity). The engine, excluding cam and sump covers, has never been disassembled. Only the driver’s seat featured bolster wear symptomatic of the 60,000-mile odometer reading.

The customer commissioned Majestic to re-establish the former glory of his pride and joy. He desired a car which could be proudly presented at Alfa Romeo events and one which would take him there without reliability or corrosion concerns, all whilst preserving the originality of the car.

However, after over 35 years enjoyment, the car had been sat undriven for nearly 10 years, gathering dust, frayed edges and devastating corrosion. Meeting the project brief would require more than T-cut and elbow grease. 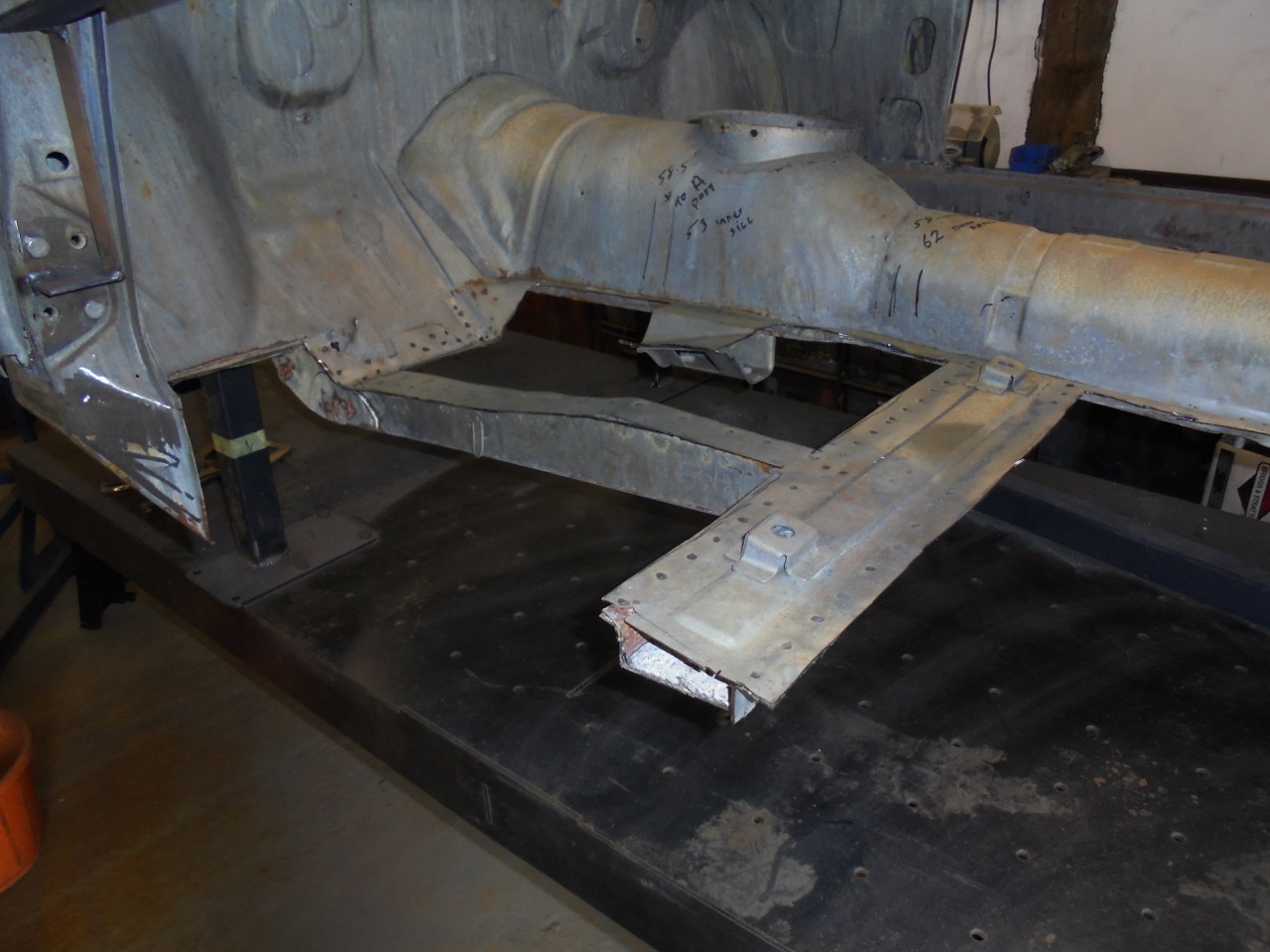 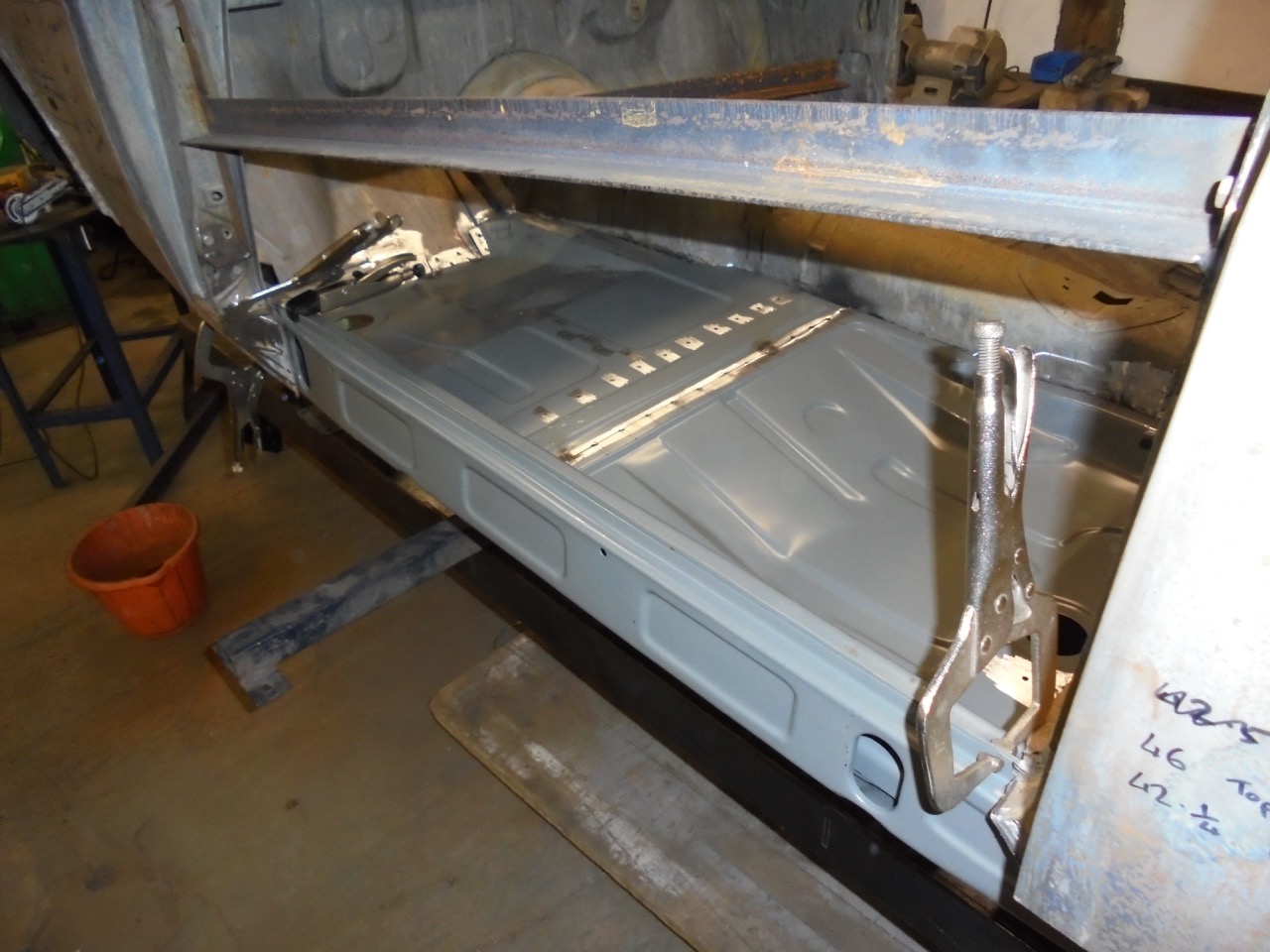 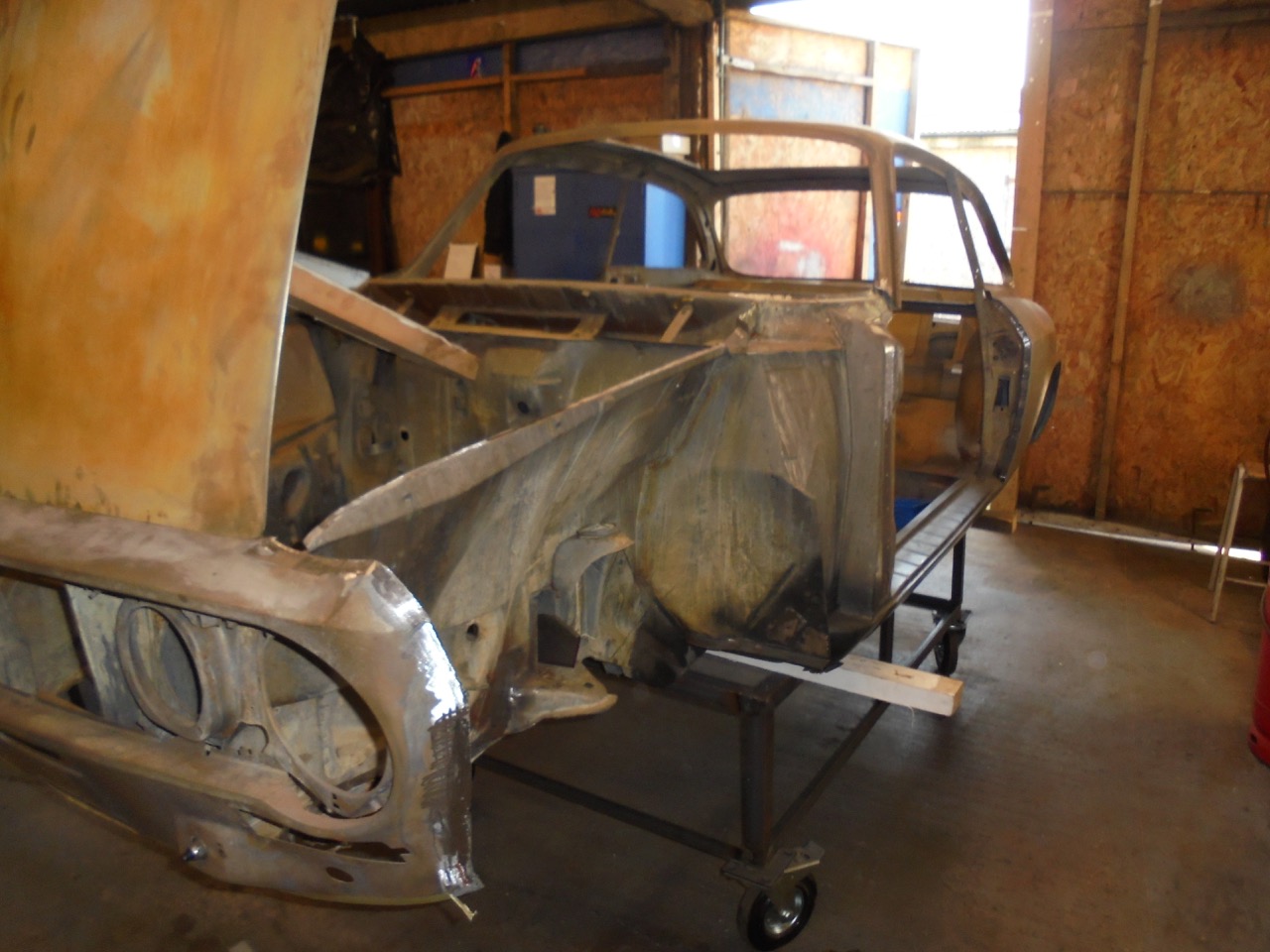 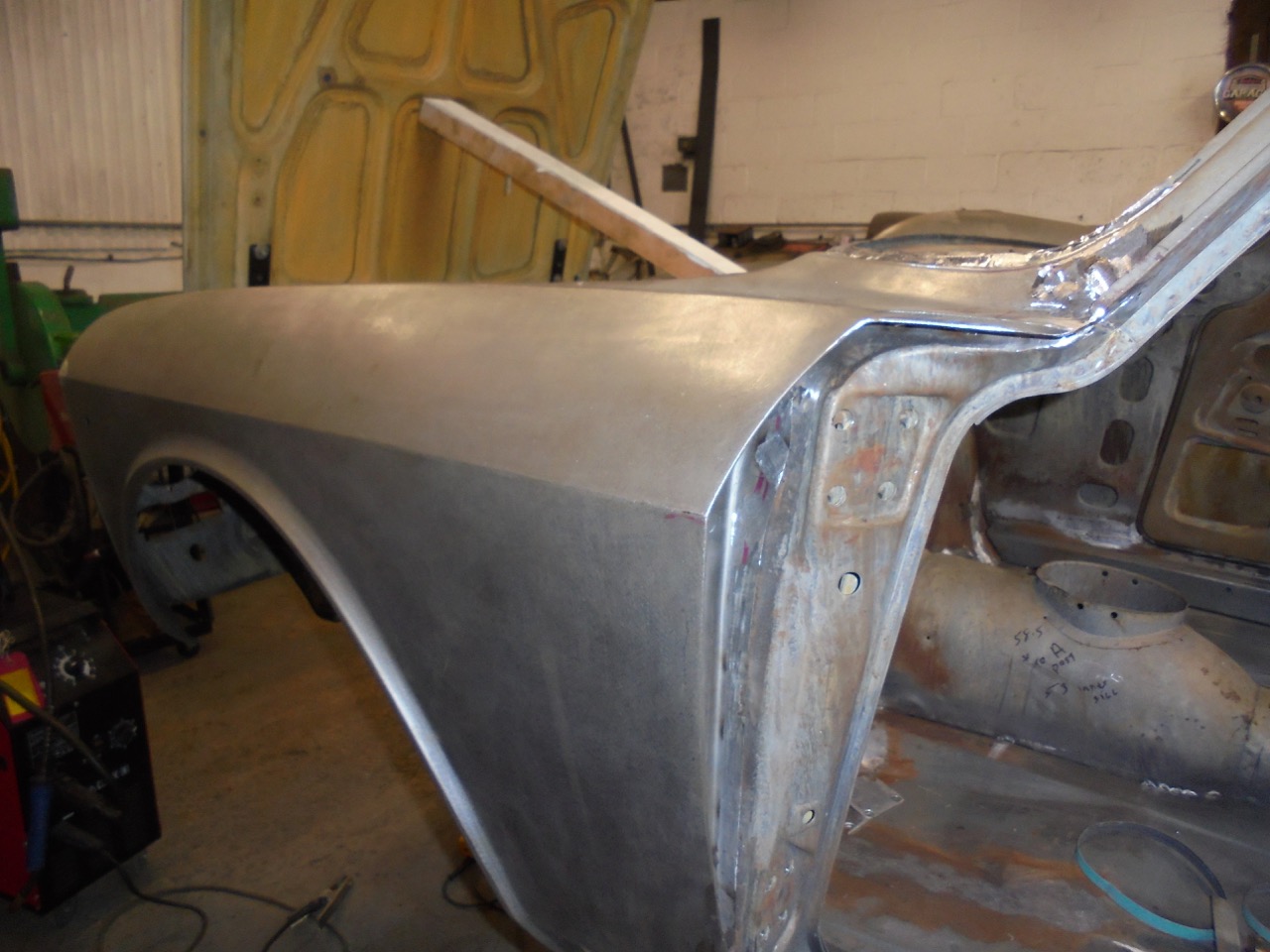 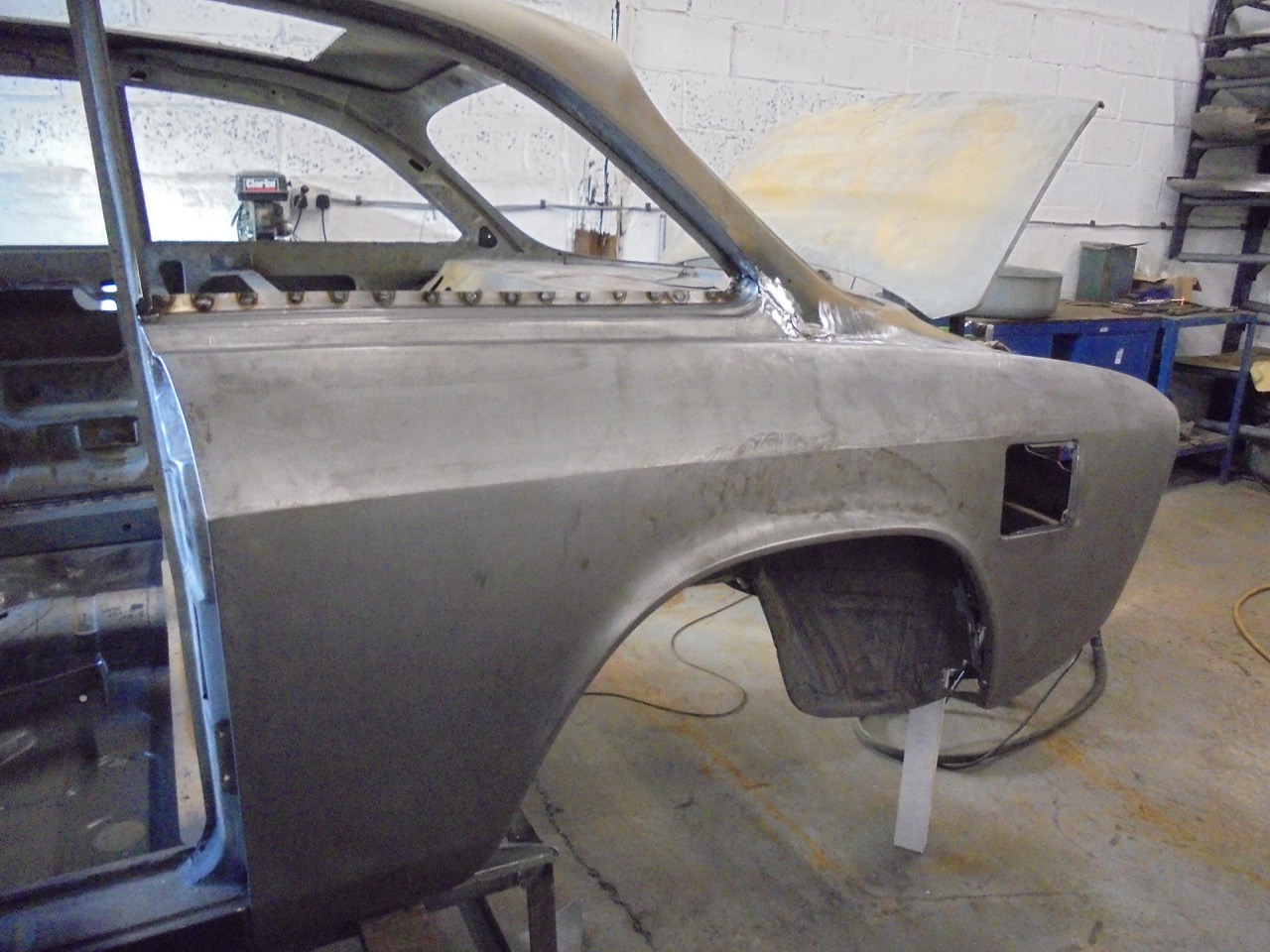 Undeterred by the significance of the challenge, we started carefully undressing the car back to bare metal. The acid-dipping process revealed previously repaired front and rear accident damage, which we corrected in metal, after removing the excess filler. The sills form an intricate three-part construction which had to be carefully unstitched and replaced. The floors were then meticulously parted from the body before being replaced with new metal. Both front wings and one rear wing also had to be replaced in the extensive corrosion-removal effort. 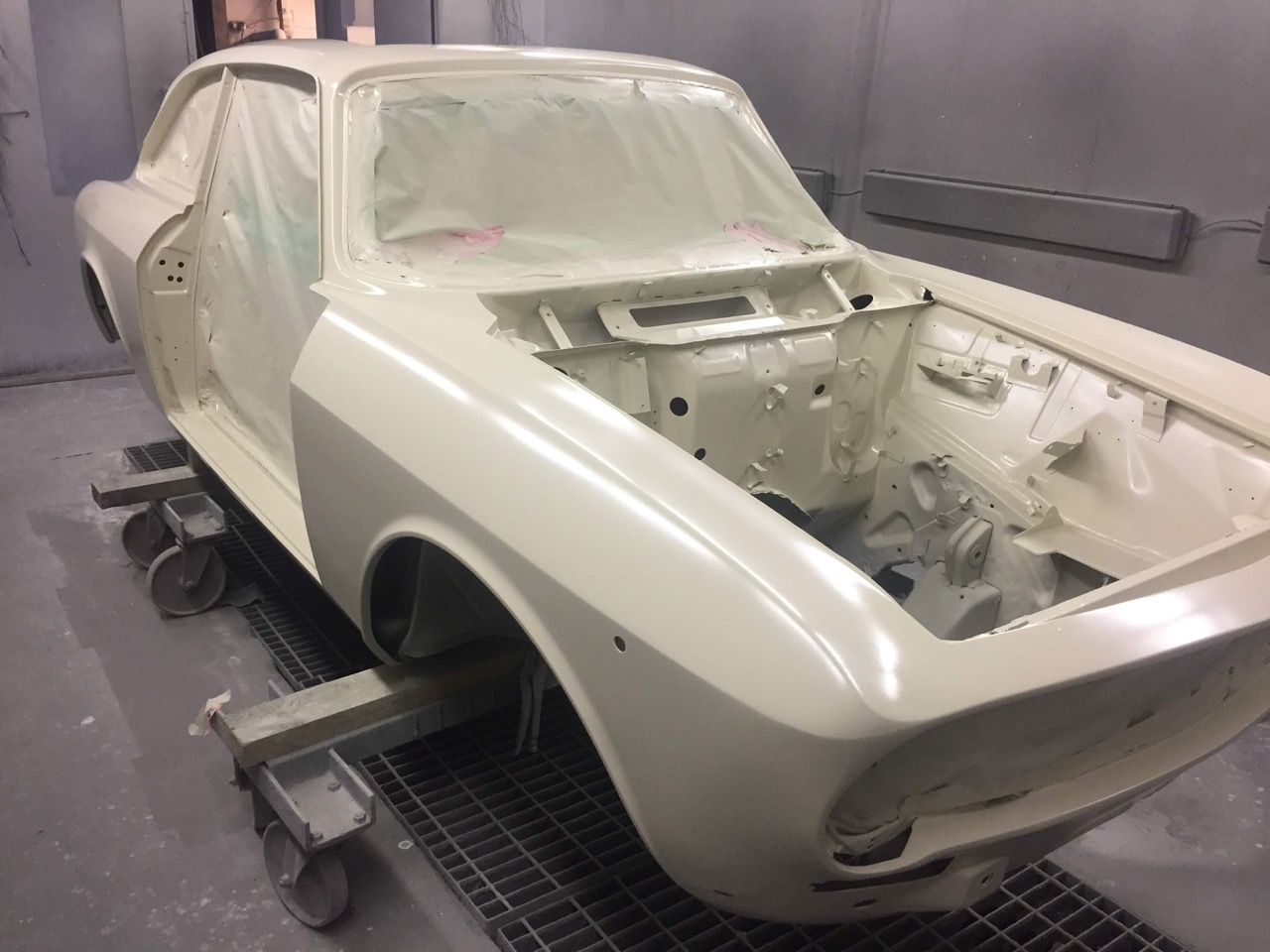 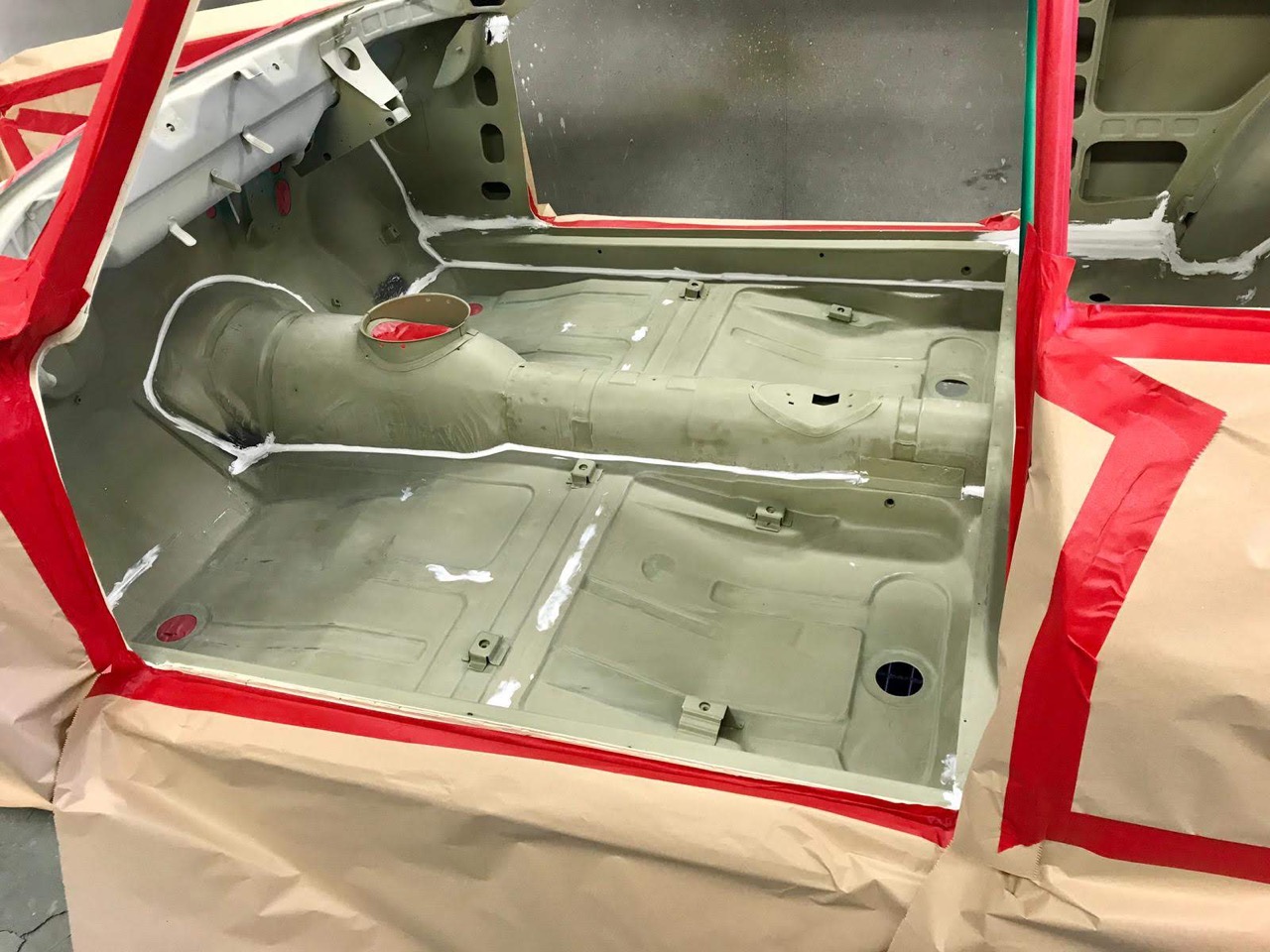 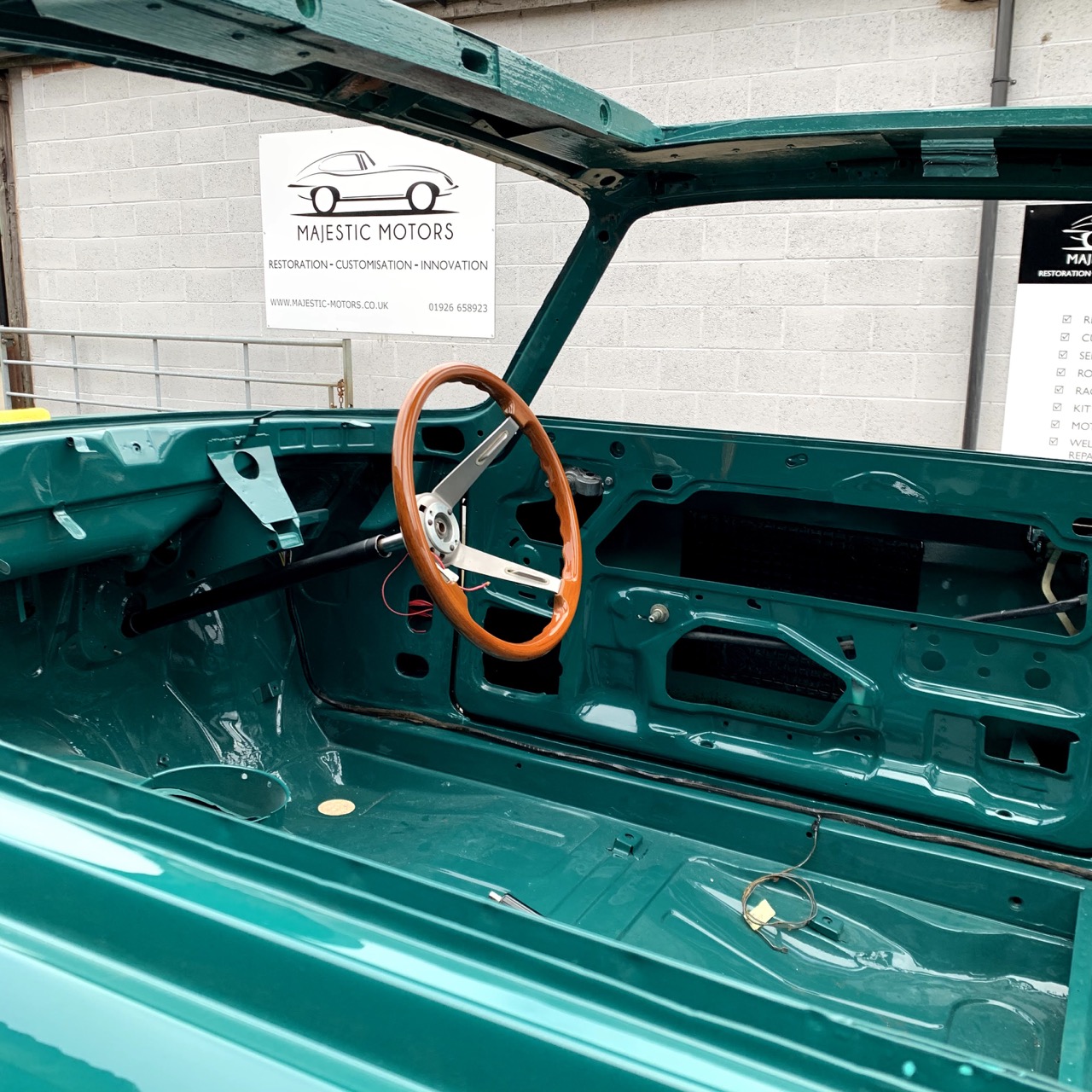 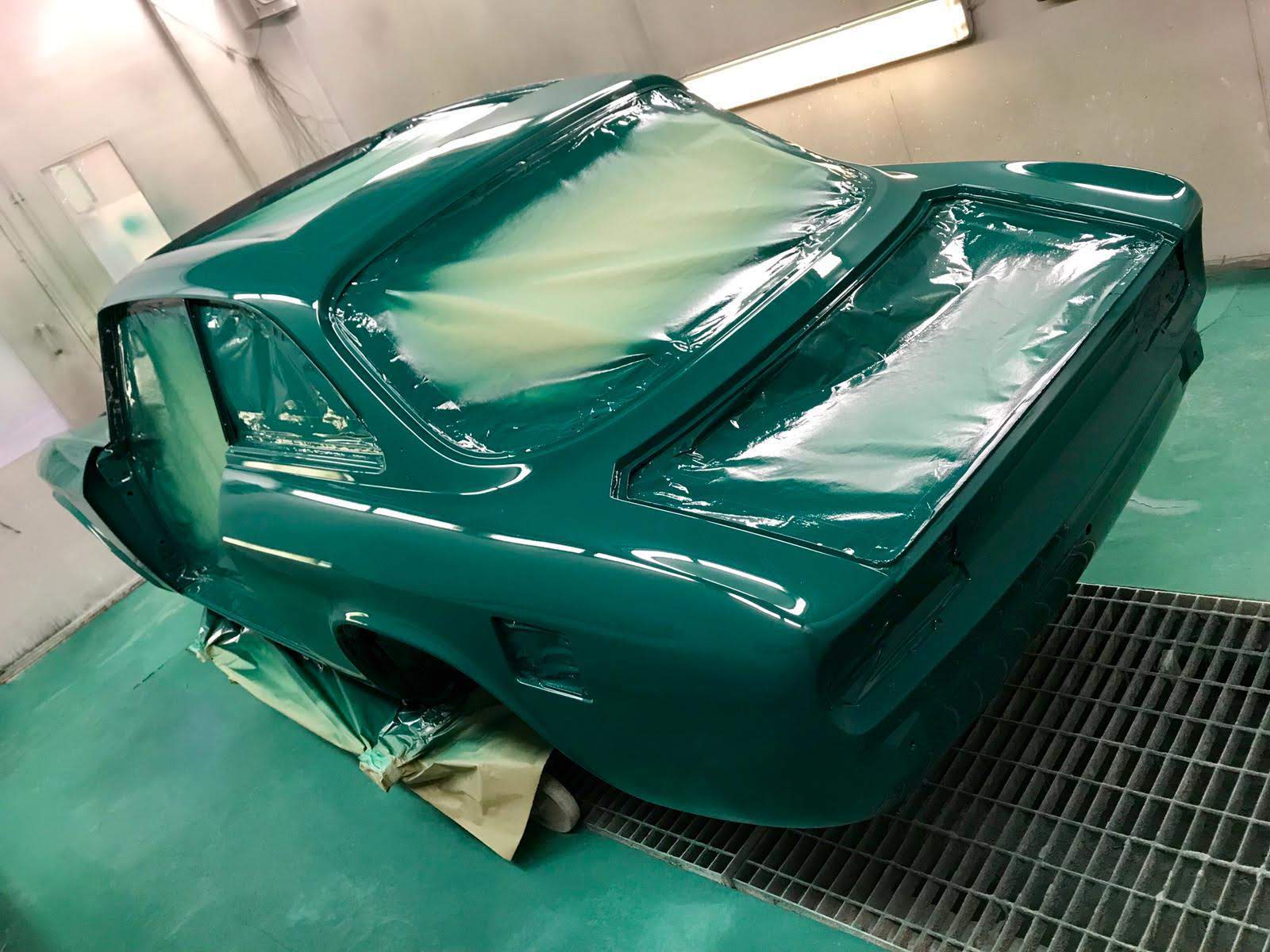 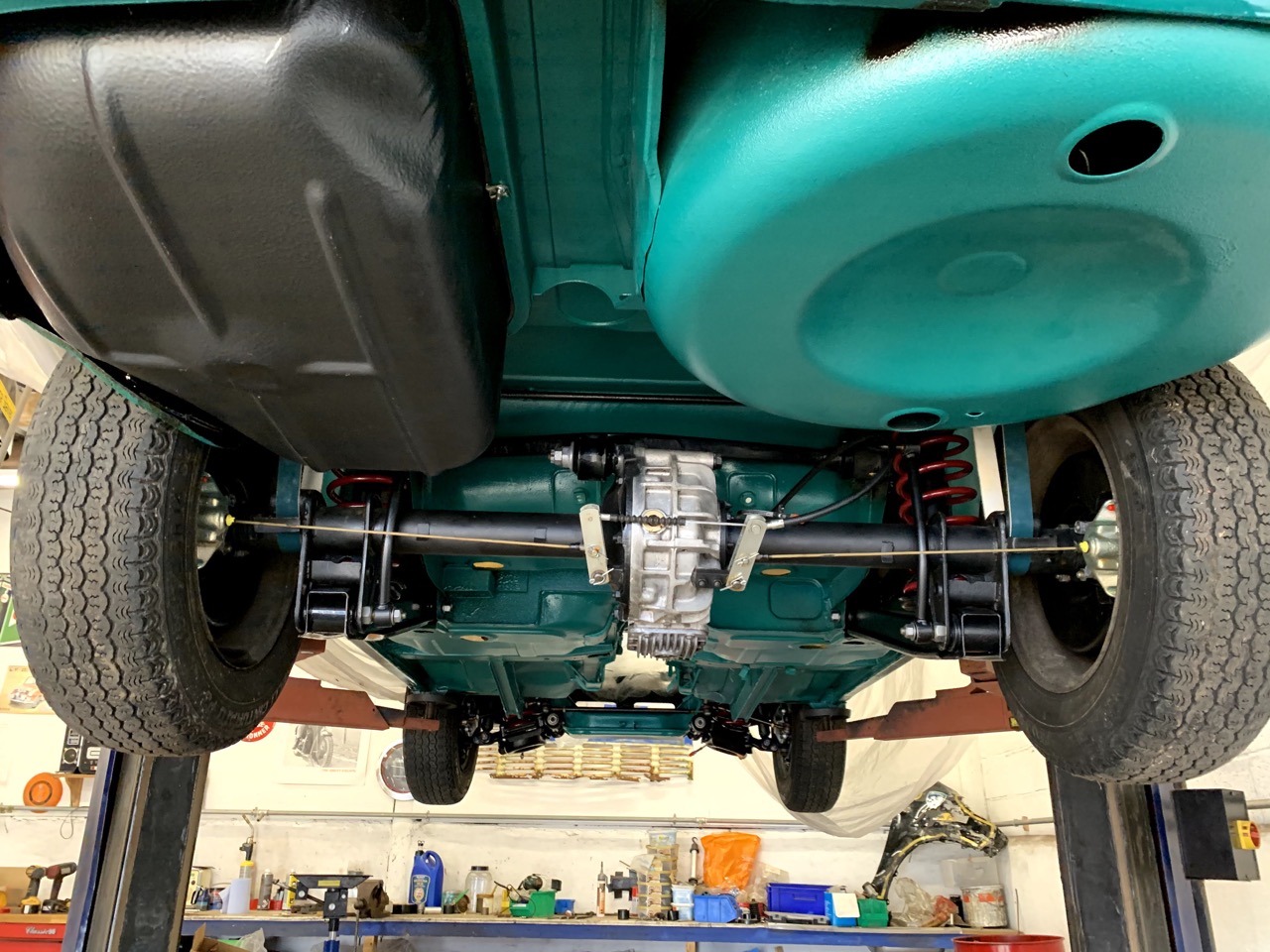 As re-assembly of the car began, generous panel gaps slowly started to reveal themselves – a consequence of 70’s mass-manufacture tolerances. We were able to tailor these panels to this exact vehicle, ensuring the panel gaps were both smaller and more consistent than when the car left the factory. 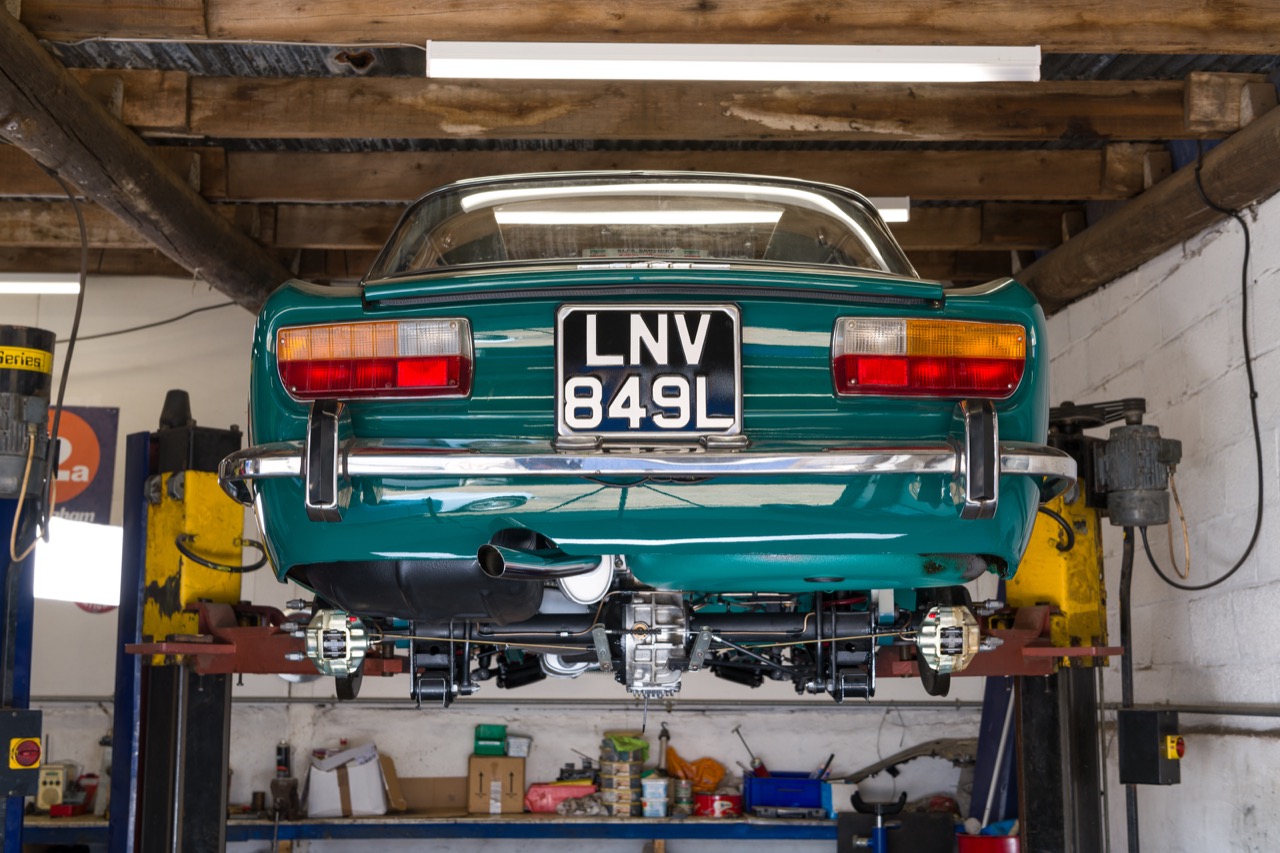 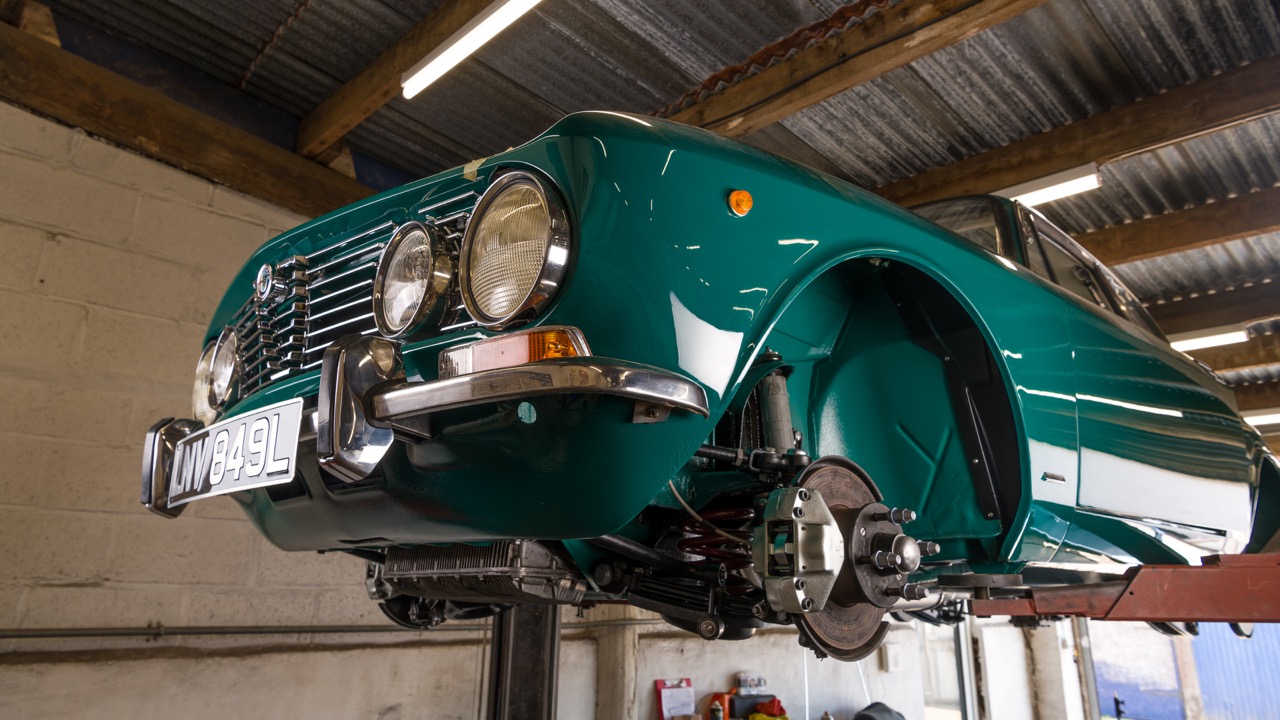 The interior, whilst almost new, had some minor restoration work: The seats were re-trimmed with new covers. Replacement door cards were sourced and fitted to remove the unsightly holes once made for aftermarket speakers. Whilst the carpet was kept original, it was re-trimmed in colour-matched leather binding to tie the floor to the rest of the interior finish. 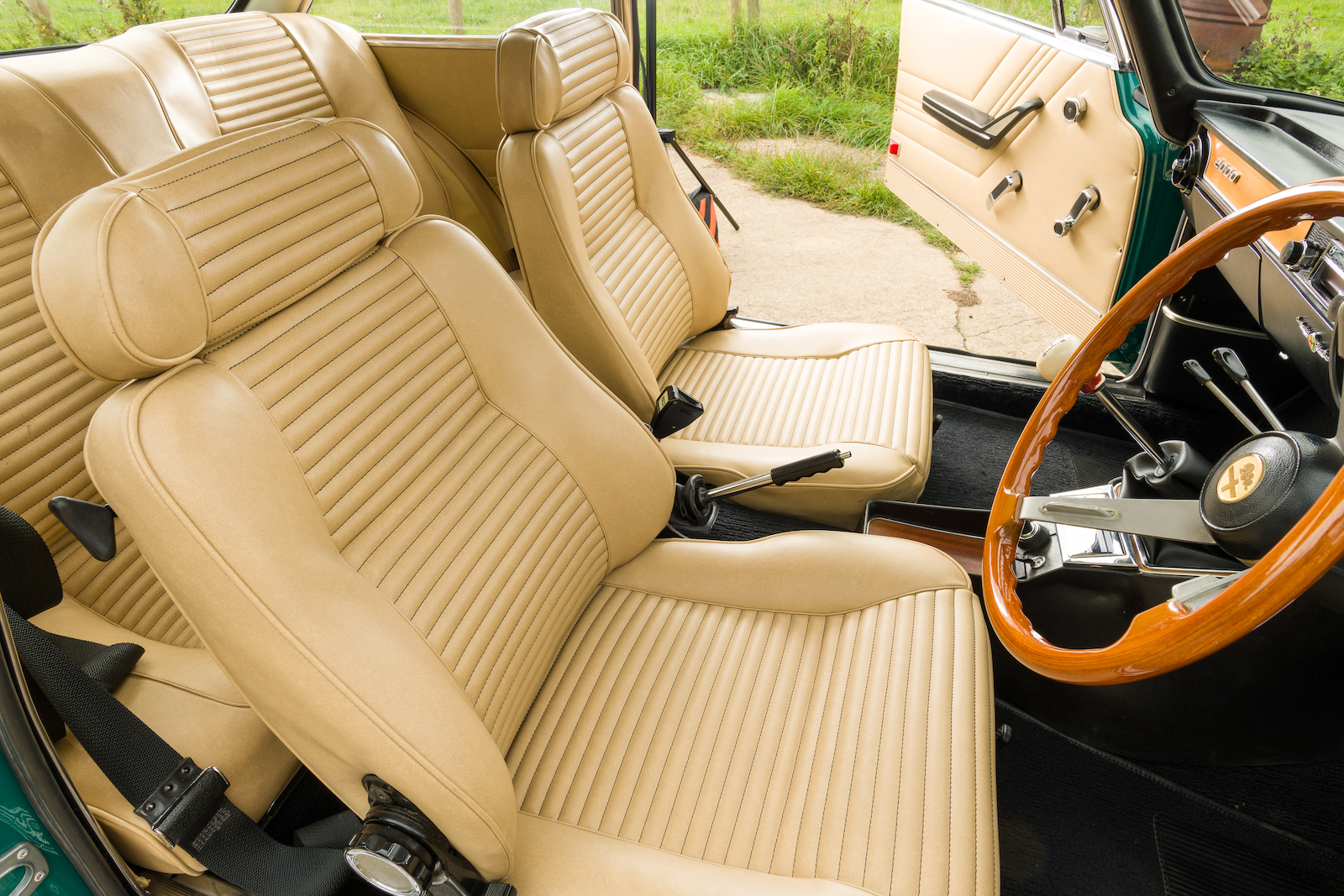 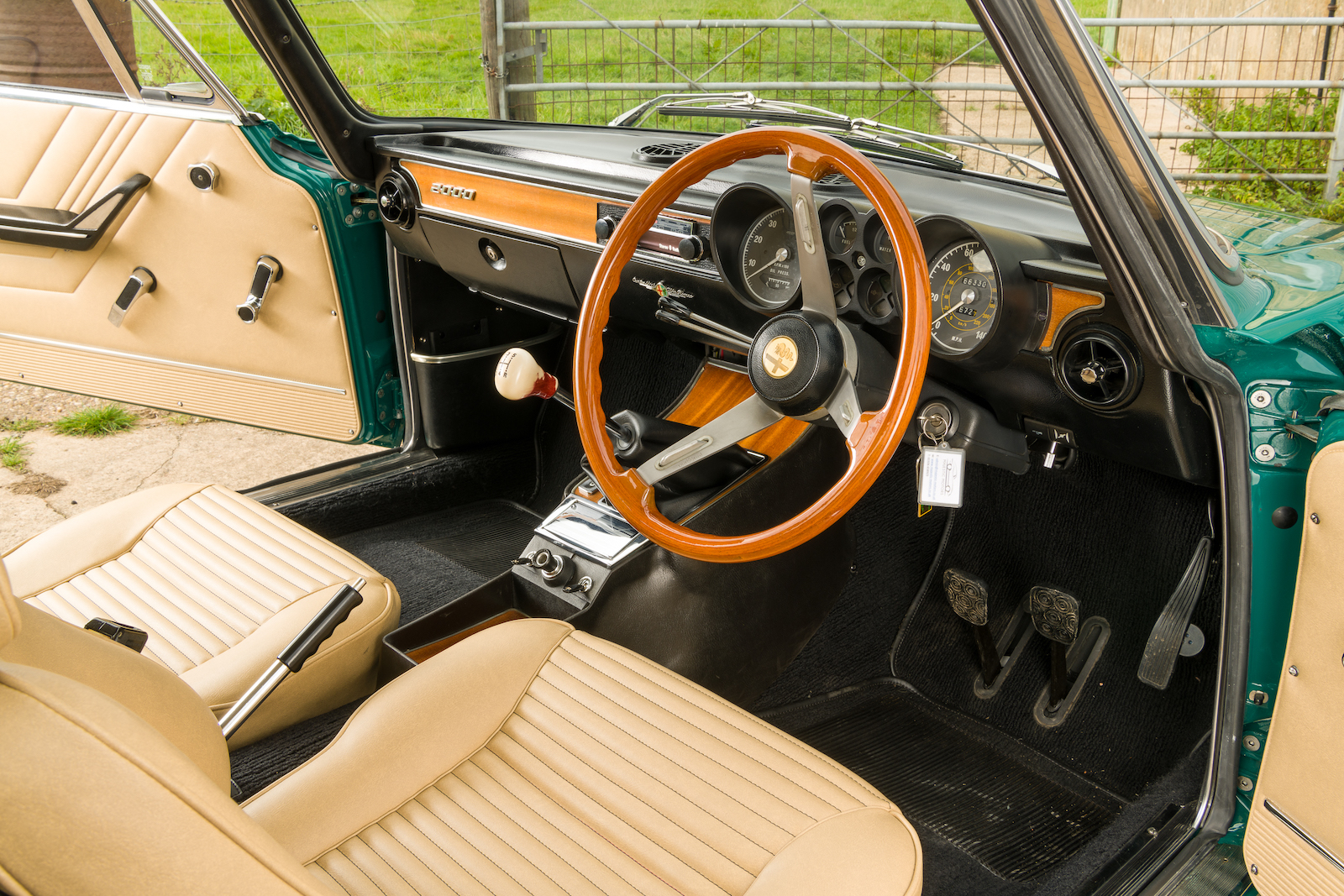 Lastly, we completed a small number of subtle improvements to the car in the pursuit of reliability and usability, all without sacrificing the core fabric of the Bertone design. One such example is the unique windscreen washer jet arrangement, which is operated by a manual foot pump in the driver’s foot well. Whilst the external assembly remains, the manual pump has been replaced with a more dependable electrical unit. During the extensive rewiring process, we added additional earth points to ensure solid grounding was always attainable. In addition, sealed electrical connectors were utilised in hidden locations to improve electrical reliability without compromising on aesthetic originality. 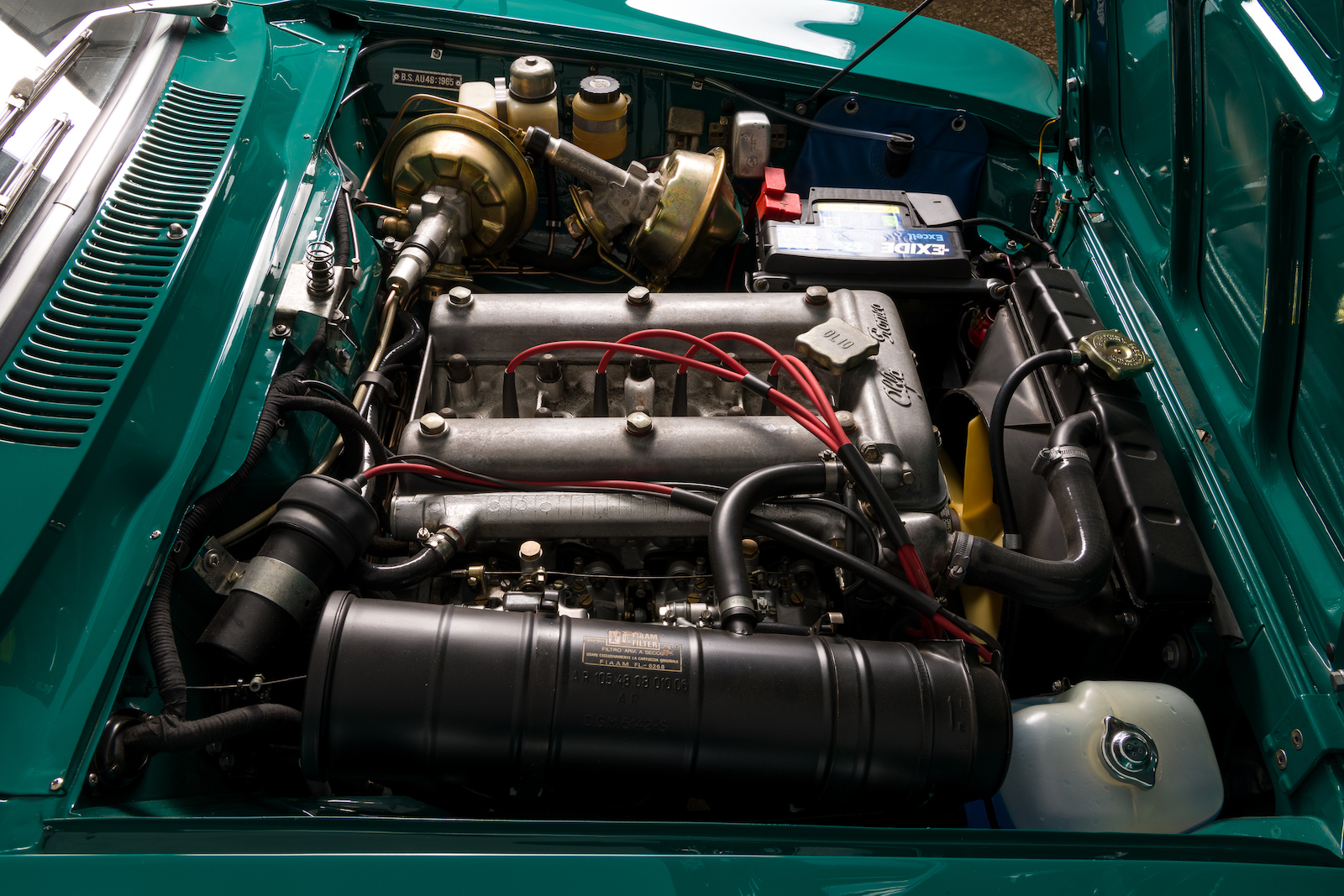 The finished article is a car which has been perfectly tailored to suit the owner’s requirements. It’s an honest, true-to-form Alfa. A car now capable of delivering a sense of occasion whenever the owner desires, all without the worry of unreliability and a finish better than when it left the Arese factory in 1974. 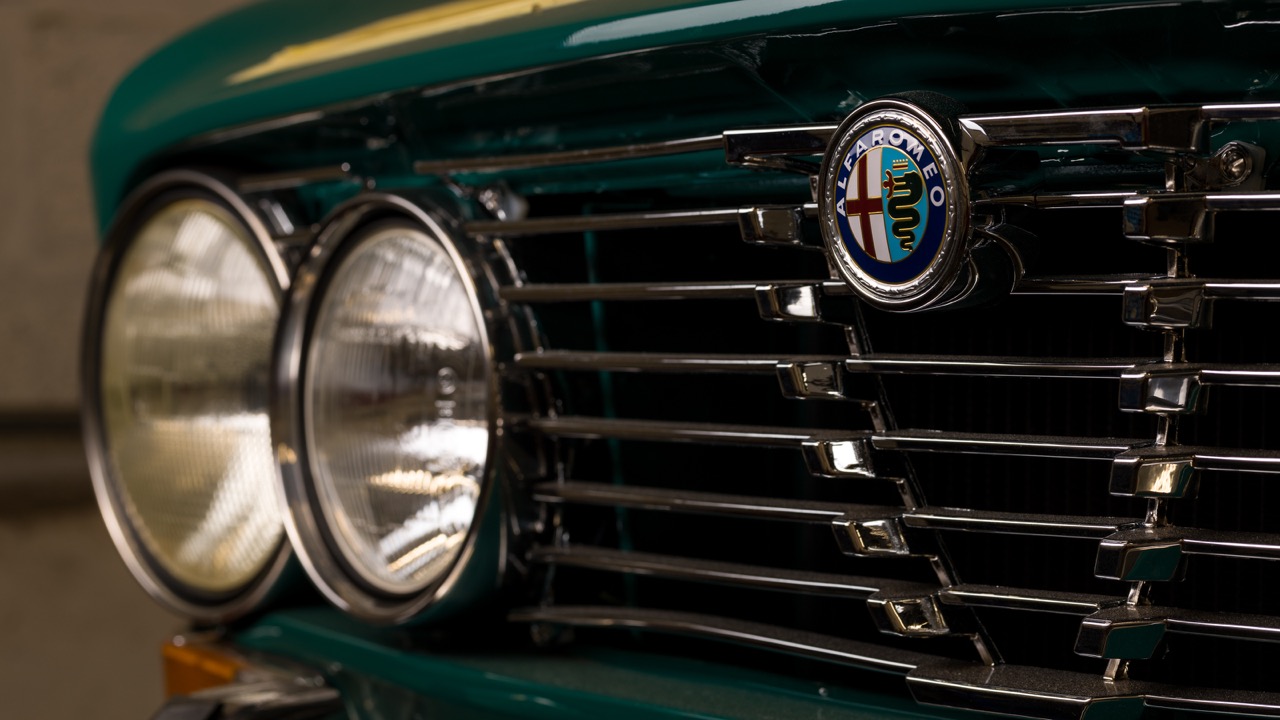 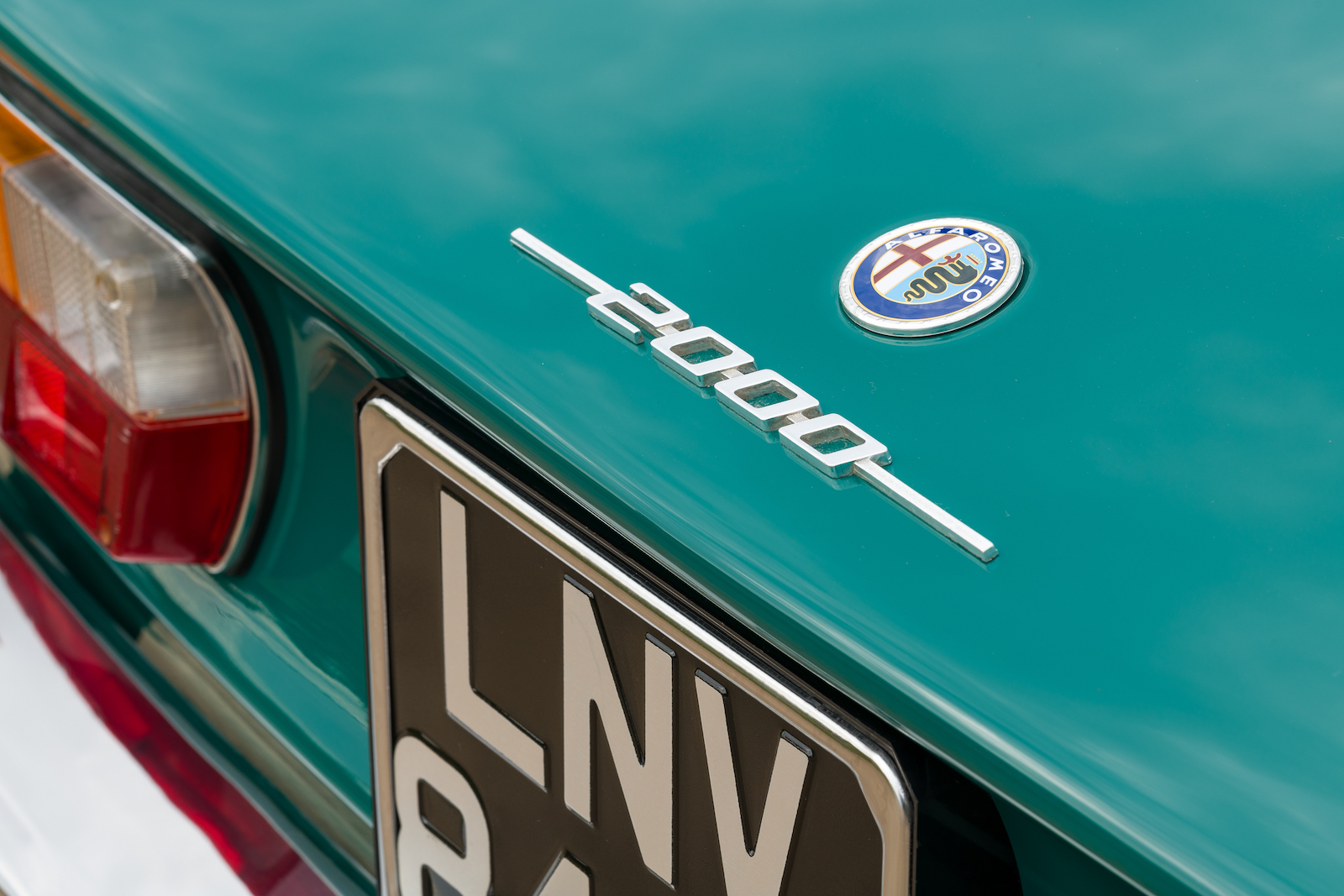 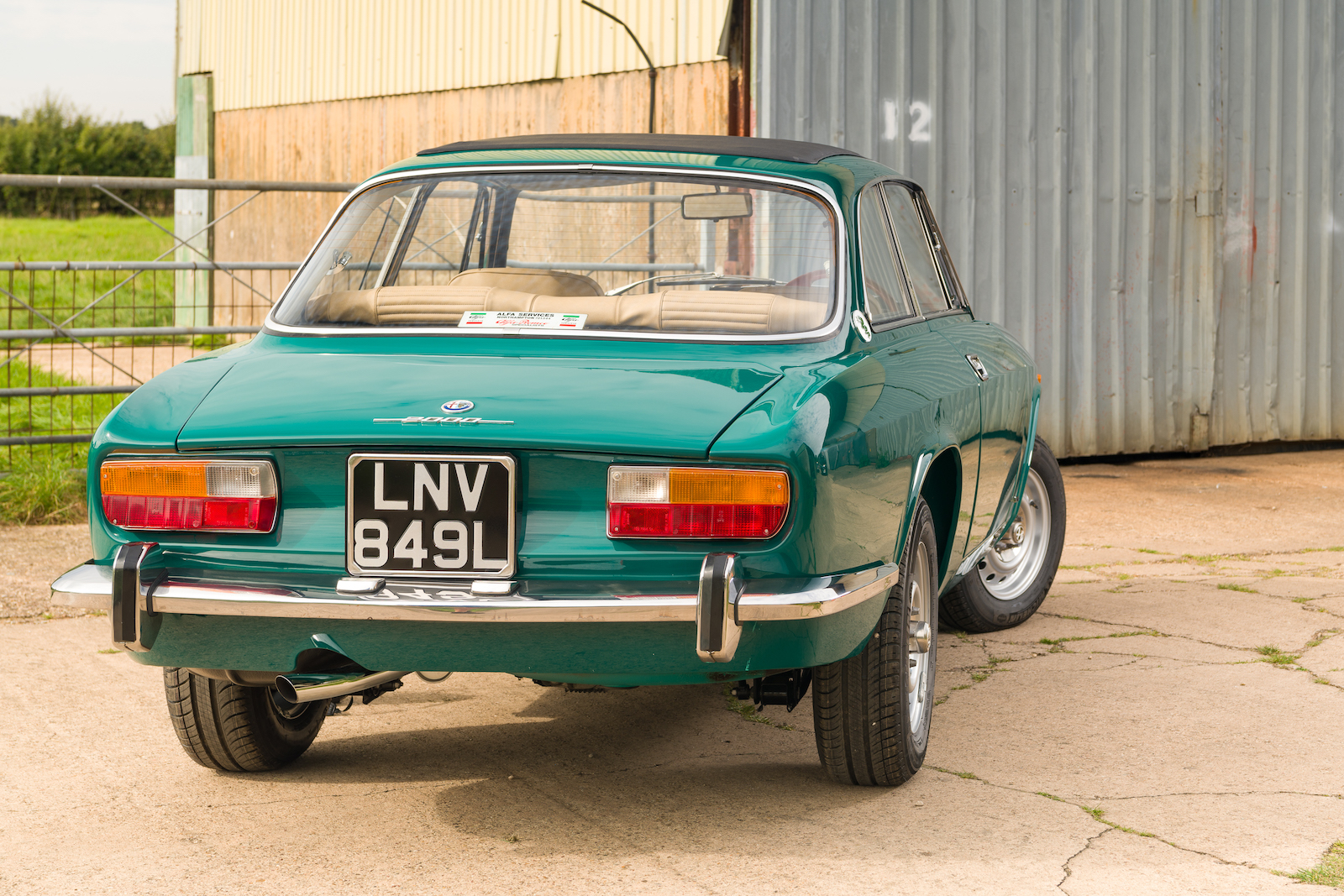 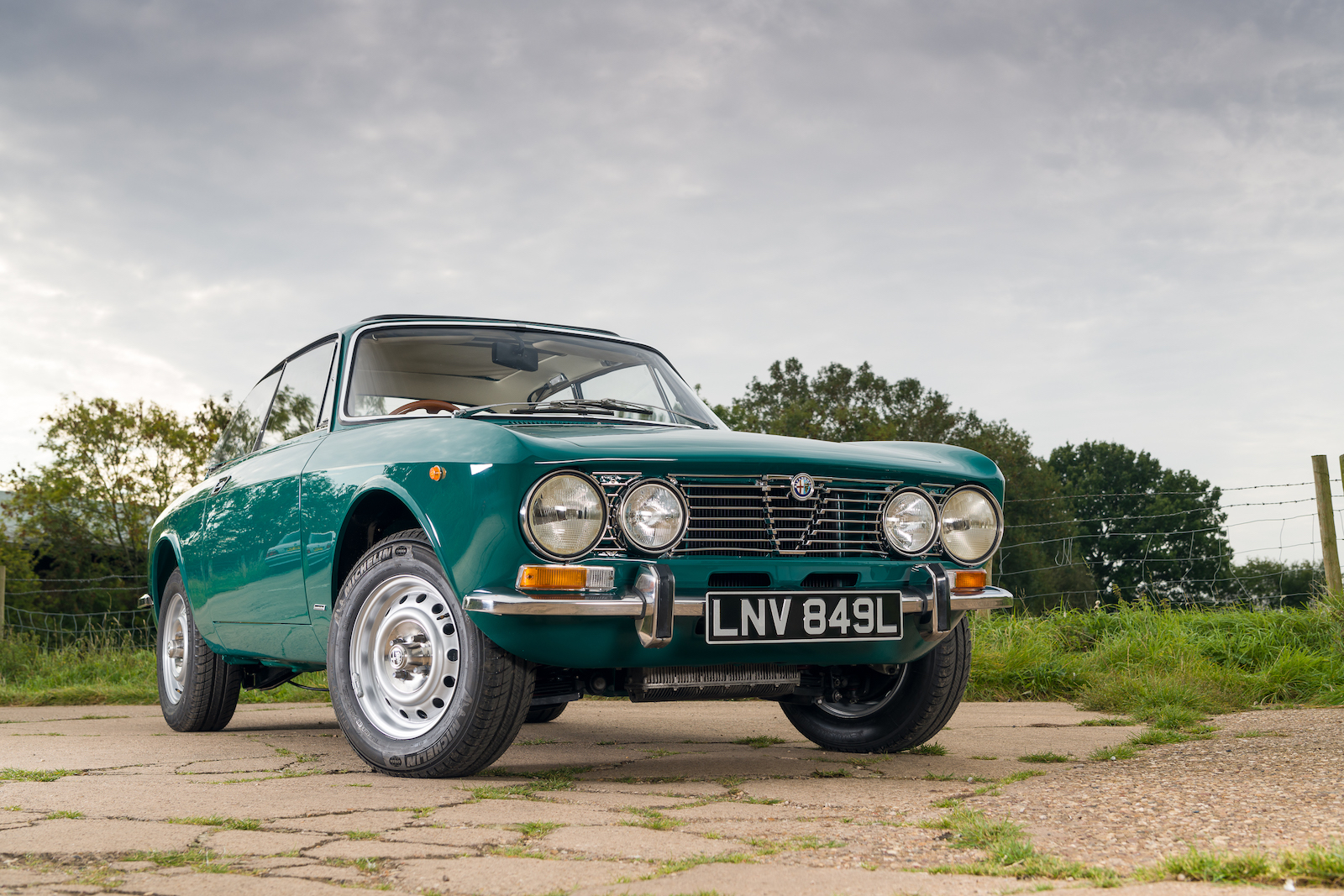 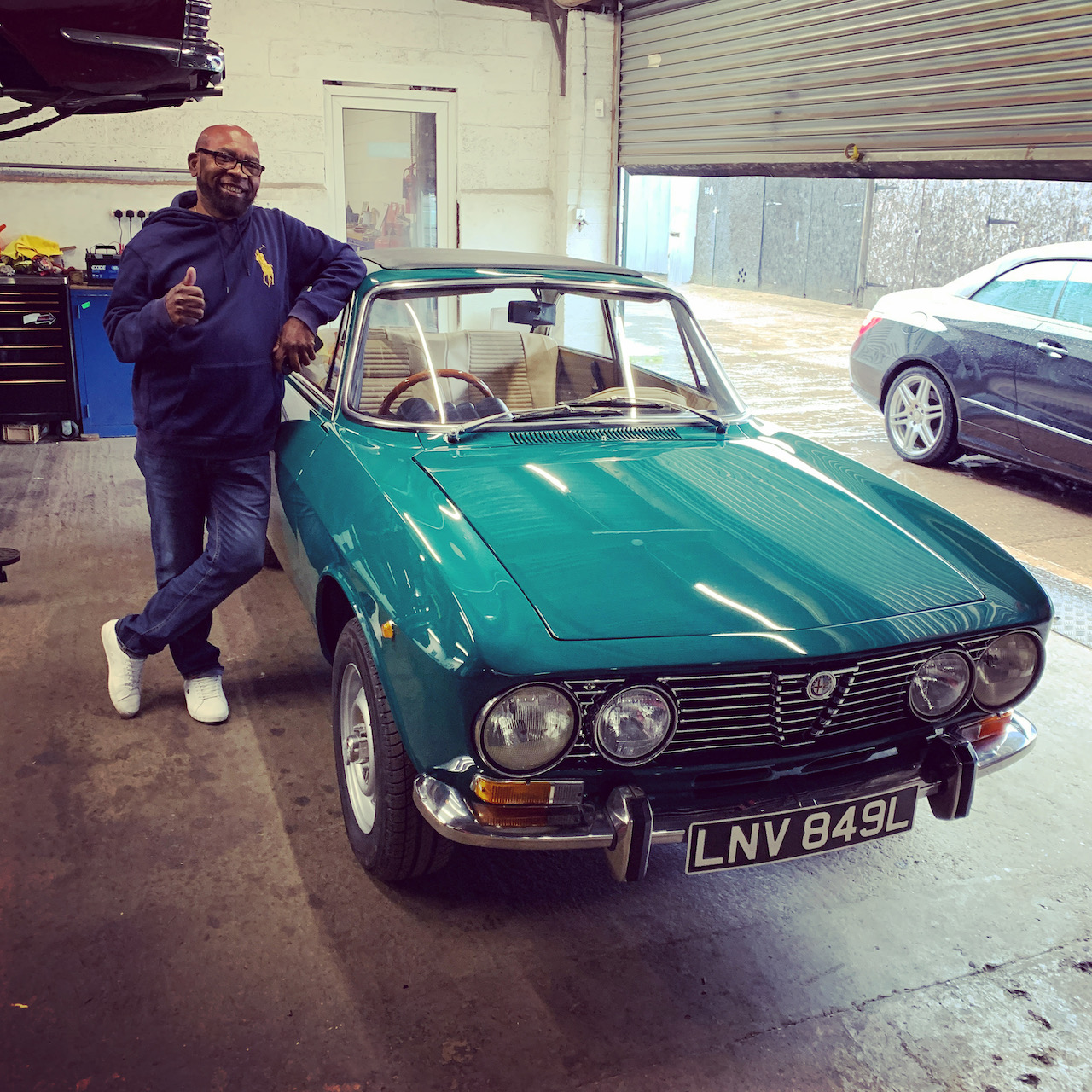